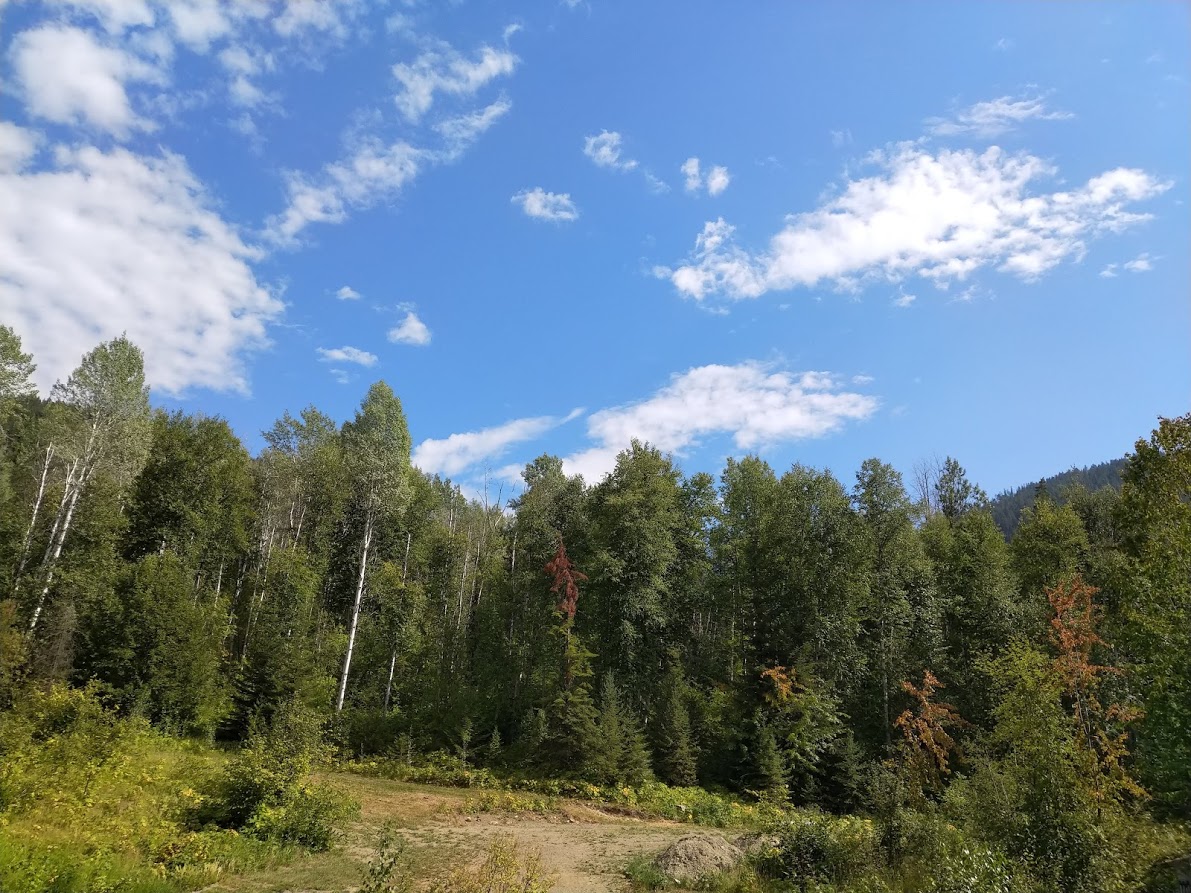 I’ve been avidly watching Anthony Bordain’s Parts Unknown over the summer. It’s on Canada’s Netflix, at least the first eight seasons. I like the show because it really goes into the diverse cultures of places around the world, many of which I’ve never been. It ties together food, politics, culture, and natural environment. I think of all the shows I’ve watched, I’d most like to visit Andalusia, Spain. I’ve always wanted to go to southern Spain. Even as a young teenager in junior high, I took a class in Latin Cultures, and at the end of the class we got to make a paella. And I learned the Spanish language while growing up.

I recently chatted with Marian Womack, author of Lost Objects. This collection of short stories takes place in a few places, including Andalusia. I like the stories because they look at climate change and other ecological crises through the stylings of weird fiction, one of my favorite perspectives.

I believe she is from Andalusia, has spent lots of time in Barcelona and northern Scotland–and she currently lives in Cambridge, UK. Her stories take place in all these places. Andalusia’s Parts Unknown showed some interesting architecture, and while I’ve never been too interested in buildings, these old beautiful and mathematical/nature-based designs on the buildings were Moorish (I think) and absolutely stunning.

Ironically, my other favorite place from Parts Unknown was when Anthony went to Scotland. Now, I don’t eat meat, and some of the shows in Parts Unknown are hard to watch. But I think that if I ever had to eat meat in the future, I’d want to make it meaningful. In the Scotland show, they trekked up “the hill” to find a stag and bring it down. They were quite respectful of animals, and had some sort of conservationist living on the property–making sure that deer populations were balanced. I believe that if an animal is killed, it should be done when the animal is given free space to live out its life first, and then everything from the animal is used and respected. I like the idea of being not very faint-hearted if it comes to having to kill, deskin/defeather, and utilize all parts of an animal. Fortunately in this day and age, for me, veggies, fruits, and grains are super abundant and easy to grow. Of course, the Scotland scenery is so beautiful, like Ireland.

Another place I really enjoyed was Bordain’s Charleston, South Carolina show. I really dig the southern United States, not really its conservative or racist political parts, but the parts that I recall as being full of love and good soul food. So I have to say that as a resident of Canada, I really miss finding great ribs (even though I don’t eat meat, they still smell and look great), various greens (collard, mustard, turnip), green fried tomatoes, grits (where is the hominy in Canada?), shucky beans, and okra. You can’t find most of these foods here, though there are a few bbq places in Vancouver that try–and I’ve had problems finding okra or good greens in any of them. Just absolutely love my memories of southern food. And one more place I really dug was Bordain’s Copenhagen trip and watching one of the most creative chefs in the world just go out and find stuff on the beach, including flowers, plants, fish, and shells. Things I’ve learned from the show: the best foods are “What my grandma made” and/or “What I can find in my local environment.”

This summer my big challenge is pumpkins. I decided not to plant them in the backyard because we have bears, and other big and little things have always eaten my pumpkins off the ground. So I found some big burlap sack containers at Art Knapp, planted in one container smaller sugar pumpkins and in the other large jack-o-latern types of pumpkins on our front balcony. These things are thriving very well, and wrapping around and up various railings and trellises. We went to the interior for five days last weekend, and came back to find some blight on the leaves. We snipped leaves, got some copper spray and aphid spray, and changed the timer watering (from a drip hose) to the day instead of night, to reduce the chance of further issues. Otherwise, these plants are doing excellently. Our balcony also has some basil and sage that have grown so much that I had to take one basil plant out of the full planter and dry the leaves. I also had cilantro that went to seed rather early, so at that point I’d used up all the cilantro I could and now have a lot of coriander seeds. I’ve got some other stuff like various mints, which I plan to use up later this summer. I’m planning an early September southern BBQ and will make some mint juleps with bourbon. I’ve also ordered some okra seeds, damnit. Must have my okra! And I’ve just found a farmer’s market, after looking around for years, around here that actually sells it–another piece of the upcoming BBQ.

All in all, it’s been a great summer, even the traveling to parts unknown vicariously through Anthony Bordain. We’ve done less real travel than we expected–holding off on a summer trip through the western US and instead having family come up here for American Thanksgiving this year–a big production on our parts. We had family visit a couple weeks ago and did a lot of hiking–to Mundy Park and up to Seymour Mountain–reminding me we do not have to go far to find the beauty in this world. Then we traveled over to the interior of BC to visit family, delighting in eagle nests, the big sky and vast horizon, the Okanagan and Kootenay offerings of fresh fruits and veggies–hitting up many markets along the way and ending up with various upside-down cakes (my husband took his hand at baking a few–one from fresh blackberries from our empty lot next door and another from fresh plums and raspberries). I was thrilled to find apple and pumpkin butters at Mariposa Gardens, past Princeton, along with the fresh plums, peaches, popcorn cobs, and so on. We also always love to go to Nelson, where at the Vienna you can sit and eat among books galore, or walk the streets and admire murals and shop entrances that promise exotic unknowns and artful, rather than corporate, home-made, “green” things. It’s a splash of color and interesting people and I’ll never get tired of Nelson. We took our goodies over to family and spent a couple nights drinking wine and ciders at my sister-in-law’s place, which is isolated in the Selkirk’s in the Kootenays. She and her husband and kids live in a log cabin type of home in the midst of the mountains and forests, and we sat on the back deck admiring the great wilderness surrounding their place. They are used to bears, coyotes, and all kinds of wildlife entering their yard. It’s beautiful.

I believe perhaps there should be a new Parts Unknown that looks at how our world is changing ecologically, and how food changes–along with economy, politics, and culture. Anthony Bordain died in June, which is too bad.

Anyway, in Canada, we have had all kinds of record-setting temperatures, rainfalls, floods, and wildfires each year. Just past Princeton we saw how lightning strikes had started fires in the mountains south of Highway 3, and watched as helicopters dumped water on them.

Alas, as the jungle summer full of hikes and sun and drought and fires and floods (in the east) and winds begins to escape around the mountain bend, nights are coming sooner and rather than it still being light when we hit the hay, it is now dark. The first rain we’ve had in a month is supposed to come this weekend. There is a certain hazy orange light that settles in our house, through the windows, and across the brown grass and green treetops, reminding us of wildfires surrounding the lower mainland. And though I look forward to my favorite season, the autumn–with its leaves and cool nights and first mulled wines and apples and cinnamon and orange late afternoon skies–I am loving the now. Yesterday I stood in the dry heat, just loving the moment. I dig the heat, the summer, the breath of it all.