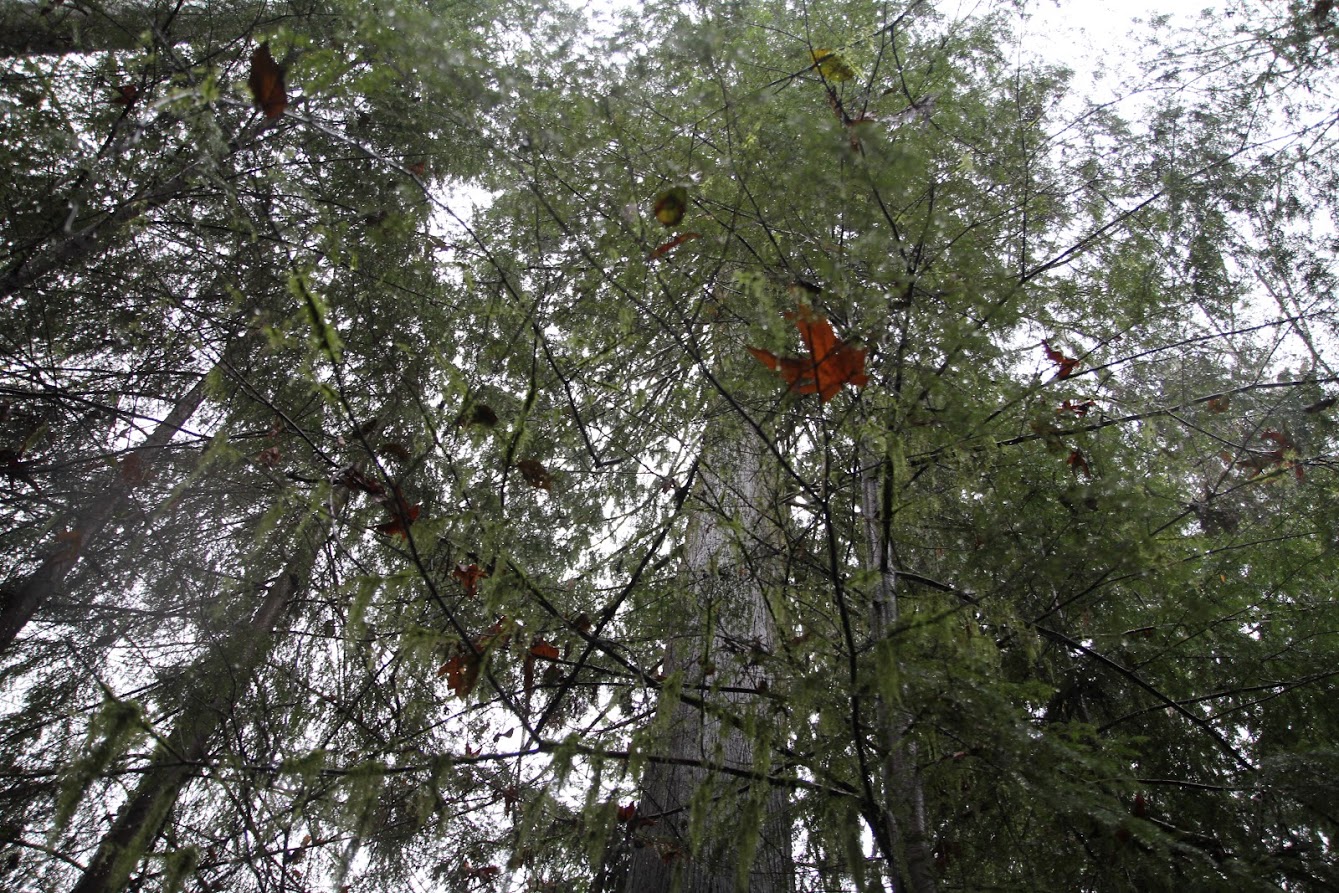 While northern California has had unprecedented wildfires, not too far north on the coast we are experiencing severe rain events. Last night I fell asleep to a heavy downpour. It continued on until this morning, and on the way to work I saw downed branches and wet leaves plastered everywhere. At the moment we have a small break until the rain storms continue this evening. Up to 500 mm in the mountains. That means snow.

One of our cats awoke me at 2:30 this morning as the winds and rain chimed outside. Poor kitty is sick and has been throwing up a lot in the past few days. We got him when we got married in 2006, and then he was a few weeks old already. So he’ll be 12 years old in early 2018. I didn’t get much sleep. I felt so bad for him. He’s kind of always nervous. If we have contractors in working on something, he’ll hide under our bed covers. With us and people he knows, however, he’s such a sweet guy though usually satisfied to be at arm’s length. However, this morning he jumped up on the bed and curled up next to me and purred and shivered. I threw a blanket over him, but he got up later to vomit again. I finally went back to sleep around 4:00…not a great thing when having to get up a couple hours later for work. On the way in, we dropped Kitten off at the vet and are awaiting to hear what the problem is.

In my sleepy state, I carry a feeling of calm happiness. Part of it is a change of lifestyle. I realized sometime earlier this year that I’m taking too much on for the time  being. I have closed submissions temporarily at my press. I’ve begun to write again. Yet, I am as active as ever online and with the dragonfly.eco site and don’t plan to slow my work there. But sometimes I take on more than I can chew. One of those is social media. I already blog, maintain a website and its twitter account, run a Google newsgroup, and a Facebook community. I also do some gaming with friends. This week, I just felt like, uhhh…why do I feel the need to really increase that with individual author pages and twitter accounts? I don’t want more time face to screen. I want less time. I want more time doing things with my husband–and together we’ve been planning a line-up now of fall parties and dinners with our friends (I absolutely love to host stuff at our house). I want more time in the mud, in the mountains, out in the fresh air or the rainstorm air. Being online all the time is not life; it distracts from creativity and the organized thought processes needed that help figure out how and what to write. The freedom of getting outside and offline is refreshing.

It is during this more introspective and thoughtful time that I admire the storms around us in a the sense that even though I know they are most likely related to a change in long-term climate, we need to adapt to what’s coming. In part, that means embracing the wildness, accepting the beauty of the wildness, and coming to terms with the devastation that is already happening and will be worse in the future. It also means not taking it lightly but working with others to ensure everyone’s safe and understands what it’s all about. I don’t think I’ll live to see the absolute worst times to which we’re headed. I feel like a scout sometimes, envisioning it, writing fiction about it, and hoping for the best for all the future people and animals and plants on the planet. Yet, I come in from the wild rain and cuddle with my cat, linger on the new day bed with a thousand books to read, or prepare food in the kitchen while overlooking the gray-green clouds racing with the wind and tossing orange, brown, and red leaves to the pavement below.

The featured image is of a hike around Buntzen Lake in the autumn rain.