At age 13, my parents bought me a Spanish guitar and I took guitar lessons. My first songbook was called “Peaceful, Easy Feeling,” and that became one of my lifetime favorite songs.

Cue an early idea for romance!

I’m not even a huge Eagles fan, but, given my love for stories about place, I took it to heart and learned to play and sing it well. At that time, I had never been anywhere but to the Midwest and the South–and once to Texas when I was age 5. I began to dream of the West. At age 17, my dreams came true. My aunt, uncle, and cousin had moved there, and we went to visit them during a Christmas vacation. They lived in Tempe, Arizona, and I finally got to see the desert up close. I was in love with the way the dry mountains looked out the plane window and how the desert stretched forever on the stark blue horizon. We did a lot of hiking during that trip, including up and around Superstition Mountain. And I think I’ve blogged before of how we rented horses one day, and mine ran off with me and it took a long time to get it to stop. 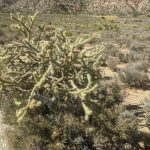 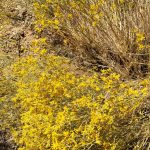 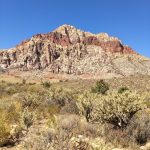 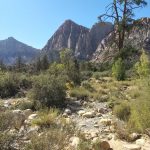 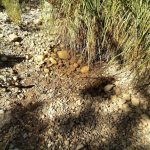 Sometime during those teenage years, I wrote a story set in the desert. I don’t remember the name of it, but it was about a girl who moved there from the Midwest and was learning all she could about ranch life. I guess it mirrored my own fancied imagination to a degree. It was also a mystery-romance and included a young man named Levon (after the Elton John song), who seemed troubled and was being unfairly blamed for the mystery–some bad things happening at the ranch. I guess even back then I recognized the fact that you cannot judge a book by its cover or a person by their appearance or the gossip surrounding them. I remembered writing that the young woman, who went out to investigate something at night, enjoyed the desert moonlight. And it was something that I always really just loved beyond anything. When I was a bit younger, I lived in southern California for several years and spent a lot of time in the desert, as the beach city I lived in was in a desert or at least bordered the actual desert closely.

My daughter now lives in Nevada, near Las Vegas. The last time I was in Vegas I sat in a pool all day sipping mojitoes, but have no love for the Vegas strip. Neither does my daughter. It’s a place that represents the shiny things people love, which take them away, in my mind, from the more genuine things in life. So we went to visit her over the long Canadian Thanksgiving weekend and spent time enjoying the desert again. We hiked in Red Rock Canyon, including the Fire Ecology trail, which is a tiny trail that’s part of the much longer trail, but it was neat back there because it runs into Pine Creek Wash–which mostly at this time of year is dry, though we did see some water near some cattails. Because of the fact that little wash gets rain sometimes, there were also some trees back there, which was nice because it was pretty hot during the day and being in the shade was cooling.

I was amazed at the shadow and light playing across the desert, and the small lizards and tiny grasshoppers and prickly pear and aloe plants. In this part of the desert, there weren’t any Saguaros, one of my favorite plants, just low-laying plants. The sandstone mountains, of which La Madre peak is the highest, range from red to tan and are part of thrusts faults from the Keystone Fault. It’s just so absolutely magnificent under a sky so blue that you just want to reach out and touch it, as if it were an indigo fabric. The desert always seems to go on forever. Though daytime temperatures were very hot still, it was so windy while we were there, especially during the evening, that it felt perfect. At night we’d sleep beneath an open window with the full moon shining through. One night we made Kentucky Mules and sat out talking around the fire pit. On our last night there was a Hunters Moon. We were playing some Cornhole in the back yard when it rose, and we just admired it for a long time.

The featured image is in the public domain and is an outcrop of Aztec Sandstone: By Superfish. The rest of the photos are my own.