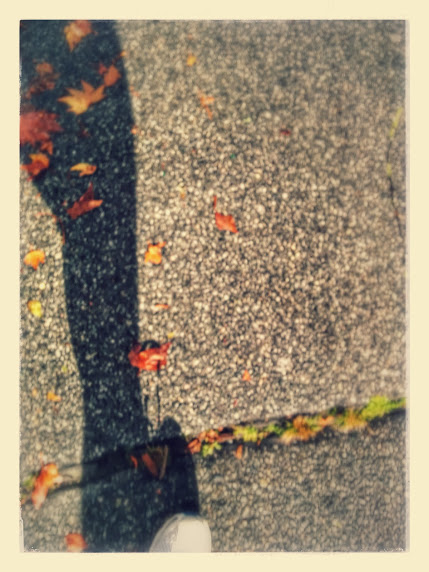 In two days we celebrate the autumnal equinox. Almanac.com lists lists some traditions:

I’m not sure what I’ll do Saturday, but it won’t be something big like building a pyramid. I do small: creating mulled wine or searching for pumpkins or finding good apple cider. This year I have three of my own sugar pumpkins, finally harvested from the balcony pots, which I’ll use for pie on Canadian Thanksgiving in a couple weeks. The dog-gone plant started dying while the pumpkins were still green, so I plucked them off the vines and they’ve ripened nicely in the sun. October will be the big Canadian friends/family get-together at our house. I’m glad that the wooden dining table my husband created will be ready by then. American Thanksgiving will be my family coming up from the states. It seems also to be a big season for birthdays.

After a summer of work I relax a tiny bit with a cold that is keeping me wrapped in flannels and coughing and feverish, though I am starting to feel a tiny better today. Over the summer, I had some exciting stuff happen with my work in eco-literature. I announced my partnership with Stormbird Press, which has acquired three of my previous books in their next couple catalogs. I’ve also written a chapter in their Tales from the River, just out recently. Another thing I didn’t announce earlier was partnering with Artists and Climate Change, who are re-running my series on Authors Tackling Climate Change in Fiction–and Chantal and I decided “Wild Authors” would be a good series name on their site. Check here for more. They are starting from the beginning of the series, from two years ago, so the earlier spotlights might be a little old–but I am leaving them as is in order to retain journalistic integrity. I will say, though, that this spotlight was my first, and after it I began to really write a little more elaborately as I researched other authors. I also chatted with Cindy Grigg over the summer. She runs Storypunks Podcast and just put part one of our talks up. The second will come later. I’ve seen both parts, and am okay with it, but it feels strange to see myself talking. I caught a lot of my mother and my cousin Patricia in my facial expressions. I talked about environmental fiction ideas, particularly when it comes to ecopunk and solarpunk. I also wrap up my summer work with the new site, Dragonfly Publishing. This is my place for self-publishing the Wild Mountain series, and whatever else I come up with in the future. I am beginning to add some short stories (just drafts) of things I’ve written in the past. And, as I revealed just this past week, I got the revision of Back to the Garden to the printer this past week. It’s available for pre-order and comes out October 16. Such a relief to get all my goals done this summer.

And today there is a fall storm, buckets of rain falling from a green-gray sky; up to 100 millimetres are expected to fall by Saturday, and let me tell you, it has begun in earnest. I have my window open as I write, and an audible waterfall flows from the gutters of the house, with puddles widening in the still green summer grass. The deck is full of wet leaves, even though I just swept it thoroughly for a party. Later this afternoon will come the high winds. It’s nothing at all like the big recent storms in the southeastern US or the Philippines, but it does mark the more extreme weather we have been seeing in the past few years. The summer heat and drought and wildfires give way to stormy weather, almost like there is no transition between.

Well, as much as I would like to post more about the fall and my love for it, sickness seems to take away focus and energy, and I’m thinking maybe it’s time to go curl up in the bed with our Canadian quilt and watch some episodes of Outlander (a pretty good Netflix series, if you haven’t seen it).

The featured image is of a run a couple years ago in the fall. I have decided to start running again if my doctor approves it. I recently had a foot xray and am awaiting the results!