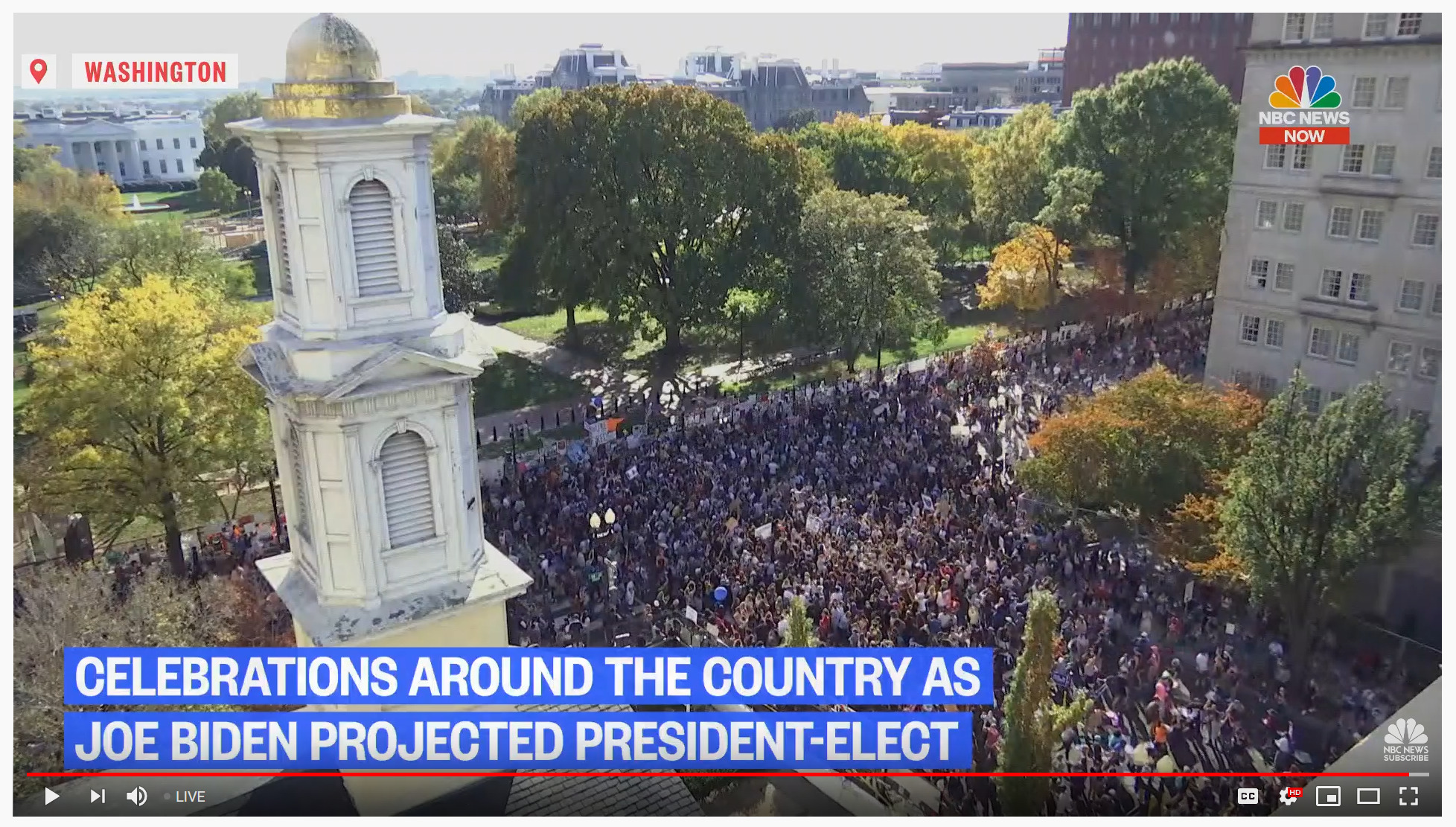 Everything happening in the USA affects me to a great deal, since I was born there and lived there most of my life. I’ve lived in Canada as a permanent resident since 2008, but gravitate my memories back to home, especially when I’m experiencing nostalgia of certain things that have become ingrained in my psyche, such as memories of Dad, the South, good Appalachian cooking, family, front porches, and so many little nuances that defined my experiences growing up. When #notmypresident (ever) Trump won the election in 2016, my husband and I boarded a plane to Baltimore to attend the Women’s March in Washington DC. I wrote about that time here.  Thus grew four long years of watching the country I loved so much bring out some of the worst people and behaviors. That was not my country at all. We’d been overcoming a brutal past  to become more free from religious puritanism and fundamentalism, more accepting of LGBTQ+ people, less racist, less fearful, more loving. Trump took the country backward and brought out the worst people imaginable. Not only that, he was a bully president who lied and spread propaganda. Throughout his presidency came the very strange conspiracy theory cult called Qanon (I dare you to go down that rabbit hole and come back sane).

Every election I vote from abroad still. After the nightmare of 2016, I think a lot of us thought Trump would be re-elected. This morning, around 10:30 my time or so, I found out Biden was finally projected president instead. I had been following the votes for days. Though some states were close, Biden had about 4 million more votes than Trump and won the states necessary for him to win the presidency. During this time, Trump was acting as dumb as ever, claiming he had won early on, claiming that votes for him had been stolen, even–I believe–inciting his guns-loving crowd to violence if he lost. Guess what? Not only did Biden win but Kamala Harris became the first woman VP. The first woman-of-color VIP! Videos of Americans celebrating all over America’s streets immediately restored my soul, my heart. My faith in humanity.

Joe Biden was not my first choice of president. I voted to nominate Bernie. He withdrew though and later endorsed Biden. What America needs is a true leader, one who will unite, not divide. I still think a lot of Trump supporters will probably try to cause trouble in the days to come, but all they’ll do is prove, just as Trump did, that that’s not the America we want to see or be. Not the America we love. Sorry, bullies, but the America we love is full of different people, from everywhere; people of all skin color; people of all genders and sexual orientation; people of all faiths. We’ve always been a people from everywhere. By the way, it was redeeming to see that the Navajo Nation helped Joe Biden win Arizona. We need to continue to be the people from everywhere else, the people who also respect those who were here before us. America was never one religion, one skin color, one sexual orientation. NEVER. To take that away is to revise history, to lie about our past. But that’s what we got in the past four years: a president who appealed toward monochrome beliefs and narratives and lied through his teeth, every single day–to the point that even social media had to remove tweets that spread misinformation.

Now we have a president who will lead. Leading means sometimes you make mistakes. You can’t please everyone. It also means that you have the power to unite people together, to lead in times of crisis. The world is experiencing so many crises, including increasing devastation from climate change and coronavirus. Trump ignored these things, ignored the science of them, and sought to actually make them worse by calling them hoaxes and not listening to science.

To quote Dan Rather, “In science, I trust.”

Just one more thing about politics. Years ago, I think it was the late 1990s, after I graduated from Purdue University, Dad and I went back to Purdue to hear Jimmy Carter speak. He had long been one of my dad’s favorite presidents, and mine too. I remember that day so well. It felt good to be there with my dad, as we were lifelong hounds of politics and the news, probably more so than anyone else in our family–though as I look around me now, I can see that my aunt, cousins, nieces, sister, others have been rooting for democracy. Jimmy Carter went on after his presidency to do a lot of good work in the world, including on environmental regulations and renewable energy sector, foreign policy, peace, and so on. I thought about him this week. What was he thinking about Georgia flipping blue this time? (Note, that not all votes are in, but it is projected.) I thought about my dad too. He would be smiling down upon us on this day.

Politics out of the way, my newest novella got published on Mom’s birthday. What a hard time to promote it–the election took all of us away and made us hold our breath! More info here, with blurbs, description, and ordering. Soon I may write more about my thoughts on the book. I also have an interview coming up at the end of November and and another exciting article in a major media outlet next month.

Also, my friend from Scotland, Lovis Geier, and I started a Discord called Rewilding Our Stories. All are invited, but you have to be promoted in order to see the entire Discord. This is to keep out bots and trolls. It’s got about 30 members so far, but NaNoWriMo and the election are keeping everyone distracted, and I need to personally invite a lot more people. Regardless, there’s a ton of resources there and some growing discussions for authors, readers, scientists, bloggers, journalists, and more. If you’re interested, the invite code is https://discord.gg/Dqk5cXcjXk. 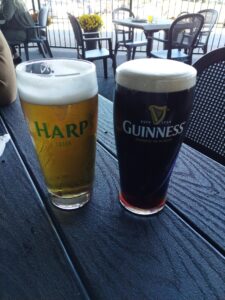 Anyway, life is going well and busy, which is why I haven’t blogged much lately. We’ve enjoyed a beautiful autumn. On my birthday, my husband treated me to an Irish pub. I had a Guinness, him a Harp, and then we went on a hike near 2nd Lake (generic name, beautiful place at the peak of autumn colors). A couple weeks later, we had our first snow!

I really  feel like celebrating today. I did a happy dance! We have some rum, so maybe later. However, I have the worst cold at the moment. First time I’ve been sick since last year. Too bad there’s no big celebrations I know of in Halifax, but I’m playing some music pretty loud and getting happy. Big congrats, USA!!